Užpaliai castle was built on the mound. Užpaliai was first mentioned in 1338. The castle additional was attacked and burnt down on March night in 1373 by the Livonian Order, all of its former dwellers were killed and 70 horses were walked away. In 1398 the governor of the castle was mentioned. In 1433 at the beginning of February, the castle was burnt down by the Livonian Order, but it was quickly recovered in 1448. There was planned to hold the meeting here on the settlement of the border with Livonia. The mound dates back to the first millennium- the fifteenth century.

The place: Šeimyniškiai village, Užpaliai, Utena region. 2 km away from the homestead. Available driving from Užpaliai towards Dusetos 3.5 km before the second gravel road crossing the creek, going along the path 600 meters  and turning right, then downhill to the homestead turning right and walking 250m. 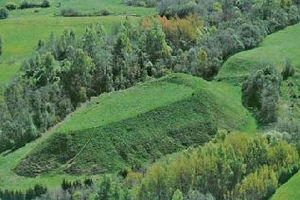 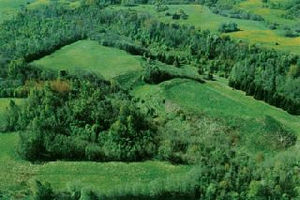 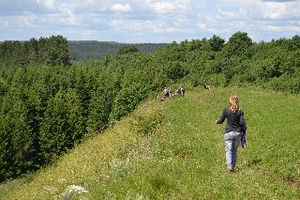 There used to be a quarry of gravel in this place earlier. While digging the gravel rather unusual, huge in size, formed from clay and little stones blocks were found. They were recognised to be a unique, quite rare monument of nature. The conglomerate exposure was recognised as the object of geological nature heritage in 2002.

The place: Šeimyniškiai village, Užpaliai, Utena region. 500 m away from the homestead. 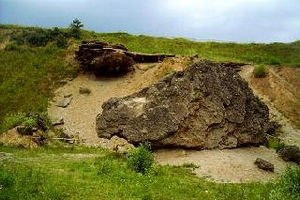 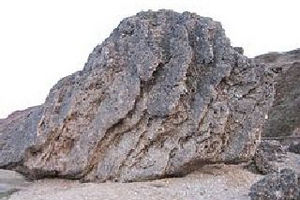 Never freezing, always flowing source is on the right bank of the river Šventoji, very close to the small town of Užpaliai. The Krokulė is a small, swift branch of this source. The water is cold, clean and pure. The legends are told about the Krokulė. There used to be a pagan temple in the old times, even the pagan priest’s residence. It is strongly believed that the water of the spring possesses healing powers. A lot of people gather to the spring Krokulė, they drink its water, wash their faces.

The place: Lygamiškis village, Užpaliai, Utena region. 6 km away from the homestead. 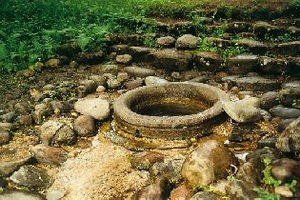 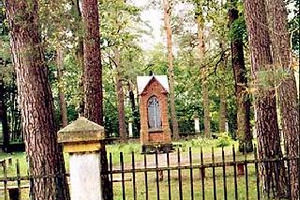 The place: Lygamiškis village, Užpaliai, Utena region. 5 km away from the homestead. It can be reached from the gravel road Užpaliai-Svėdasai, 500 m away from the centre of Užpaliai crossing the river Šventoji. The first turning left (SW) and drive away a mile (the road on the right (NW)). 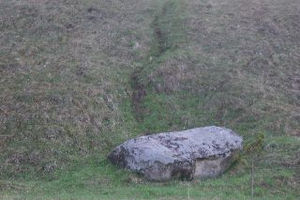